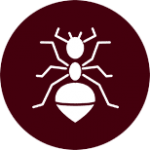 Do Ants Have a Longer Life?

Ants being tiny crawling insects in our house, do not take so much of our time to seriously think about them. As, when they start bothering us we apply different pesticides. The problem starts growing when we apply traps casually and finally, we look for the ultimate savior, the professional ant exterminator.

What we don’t realize is why these pests keep on coming to our houses? Don’t they die? How long do they live? Do they live more than us?
Do not neglect these insects just because of the fact that they are small in sizes. In this section, you will get to know about the lifespan of ants (including the queen and the workers), their general lifecycle, and the actual facts about what does a long-life mean to an ant?

A small ant infestation in your house may not bother you. You may make some homemade remedies, apply sprays, baits or you may consult an exterminator who can resolve this small issue. But ants live! And some live for a long time. Ants keep coming back. The lifespan of ants also depends on the species they belong to and the food resources near them. So, even if you have a minor ant infiltration in your home, make sure you kill these insects so that they don’t live long.

Ants (more than 10,000 species) live in colonies. Being eusocial in nature they are divided into various classes (drones, worker ants, soldiers, infants, swarms, multiple queens) each though dissimilar for the numerous species. Each colony has a queen (some has multiple queens) who is responsible for the reproduction of further ants.

The worker ants comprise the major population of a colony and all of them are female ants. Male ants are basically responsible for reproduction. The body of an ant is divided into 3 parts: the thorax, the abdomen, and the head. The head consists of 2 antennae (feelers), that spread and takes signals from other ants.

The antennae also take a vital role in detecting vibrations, currents, and chemicals. Soldier ants tend to have large antennae. Ants have a pair of mandibles (trap-jaws) by which they use to catch prey, fight, cut leaves and for defense. They have big compound eyes which comprise of many tiny lenses attached to each other. They help to detect the bodily movement of them but are not that visionary.

Ants live in anywhere and everywhere. They are eusocial intelligent insects and can adapt to different climatic conditions. More than 1000 types of ants live in North America alone and their nest changes according to the food and water available near them.

The common places you might find ants are in mounds, barks of trees, abandoned wooden structures, below pavements, inside your house underneath the walls, foundations of your house and where not. Wherever they have an ample source of food (sugar-based and protein-based), ants will flock there.

Click to know: How to eliminate ants (The entire guide).

For How Many Years Does an Ant Live?

The lifespan of an ant depends on the class it belongs to and the species. There is no thumb rule for an ant’s life expectancy. But entomologists (expert on insects) and scientists came to the conclusion that some species of ants found in North America have a lifespan of wide-ranging years. Following are the types of ants and their lifespan:

The list is endless as there are numerous species of ants and their living capability increases to sustain the colony.

See how a queen ant subjugate another colony to survive in this video:

Lifespans of the Members of a Colony

The lifespan of ants depends on the species they belong to and it also depends on the echelon of the caste. The queen lives the longest. Their lifespan may vary from 15 years to 28 years. The reason behind their longevity is to populate the colony. Worker and soldier ants (who are infertile female ants) live maximum for 7 years.

The male ants live the shortest. Male ants after reaching adulthood mate with the queen and die. The queen reproduces a few male ants more so that it can collect sperms from them which helps in the reproduction process. Once a male-ant mate, it dies (survives for a few weeks only). The queen-ant takes major responsibilities for the process of reproduction in any ant species.

The thief ants, on the other hand, build their nests near to or inside other ant nests and the queens (polygynous colonies) and the male ants have wings. The mating takes place while flying and unlike other species of ants, the queen and the male ants take equal parts in reproduction. They also eat the food and larvae of the host ants to get nutrition.

What are the Factors Which Influence the Lifespans of Ants? 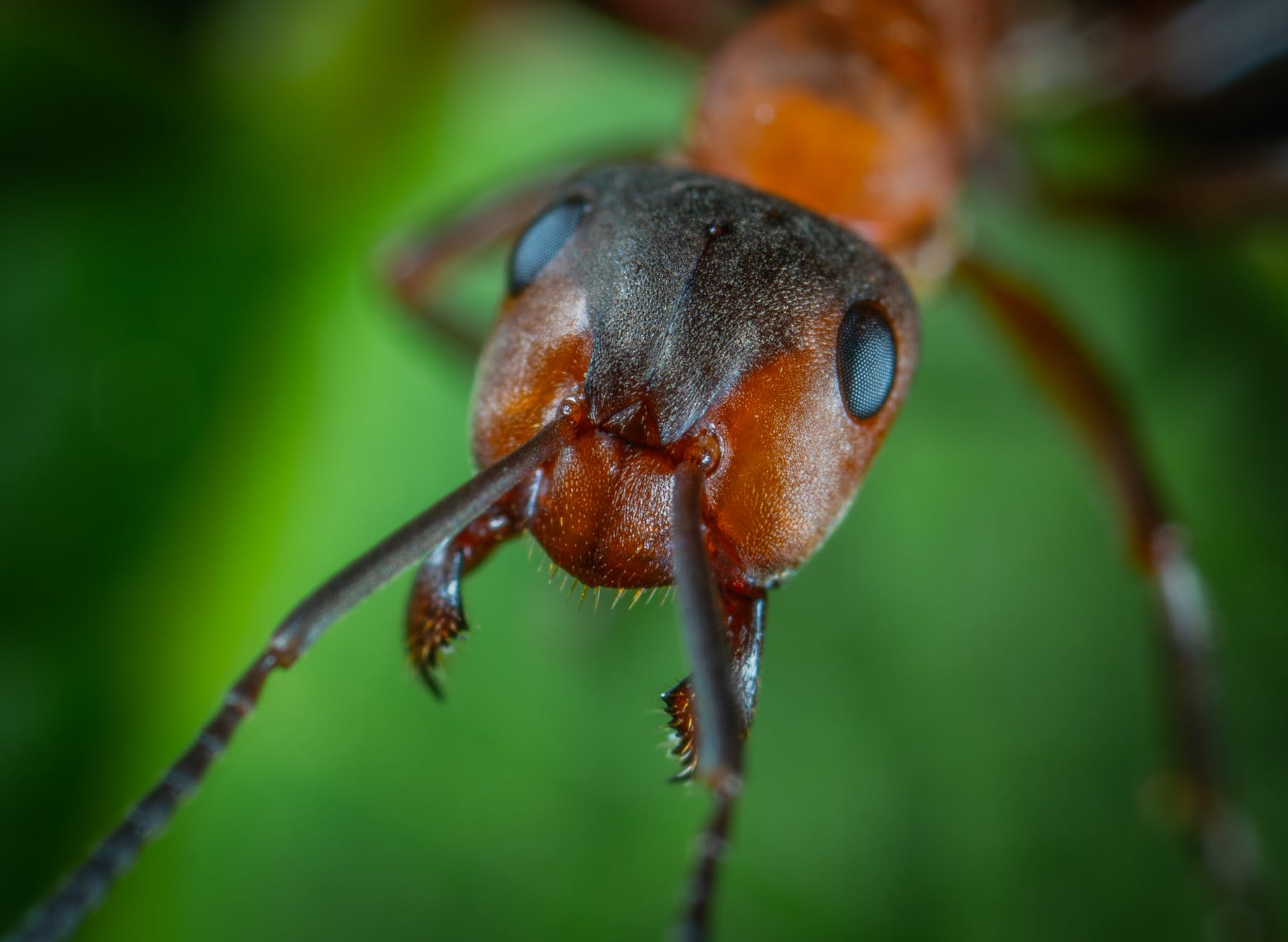 The supply of food directly depends on the lifespans of ants. The diet of any typical ant population depends on the food that they gather. Some species of ants prefer a sugar-based diet and the other, a protein-based diet. For most of the species, they won’t compromise for the other food type if there is a dearth of the food they prefer.

Sugary ants would discard any protein-based product and a protein preferring ant would ignore a sugar diet. The effect will fall on the colony and worker ants along with soldier ants, being loyal to the colony will sacrifice by consuming a smaller amount.

Eventually, they will die out of hunger reducing the numbers of workers and soldiers in the colony. Without the workers and the soldiers, the queen can’t survive for a longer time (as the male ants die after mating) and the colony will seize to exist gradually.

Click here to know about our top recommended ant killers.

Some ants can live longer than your pets. Ant problems last longer than you can imagine and it is a difficult task to eliminate them totally. It is advisable to call a pest control company that can suggest a professional exterminator to get rid of your ant problems.

Skip the research and talk to the exterminator to kill Ants 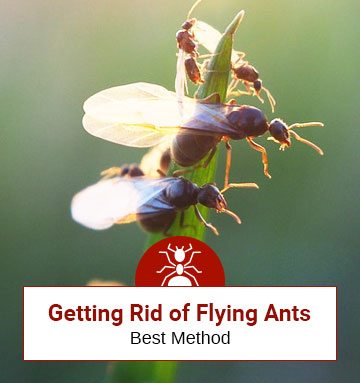 How to Get Rid of Flying Ants? (aka Swarming Ants)

Ants marching in your kitchen and garden are a nuisance enough. Just imagine if these ants start flying at these places around you? Ants are mostly seen as pedestrians as they follow each other’s trails to look for food. But we tend to see flying ants too, especially fire, carpenter, […] 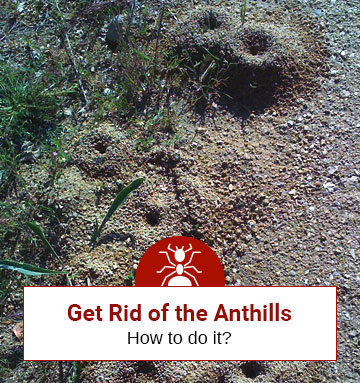 Get Rid of Anthills Now! 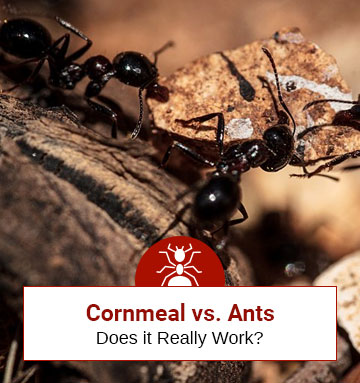 Cornmeal vs. Ants: Does it Work? (Click to Know)

Ants play an important role in our bio-network. Outdoor ants aerate soils by digging holes in them which helps water and oxygen to reach the plant roots. They help in seed dispersion by spreading them around your garden. They are omnivorous insects and feed on organic wastes, other insects and […] 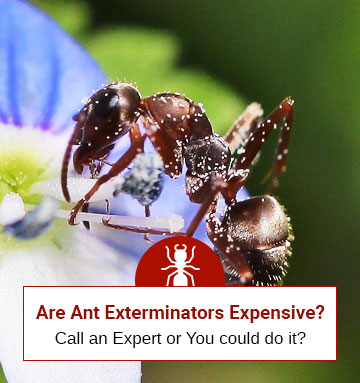 Ants are nature-friendly but not home friendly! Ants are abundant insects that assist you by feeding in organic wastes, dead animals and plants leaving fungi and bacteria growth which leads to a perfect soil atmosphere. They dig tunnels and holes which ventilate the soil, which is good for vegetation. But […] 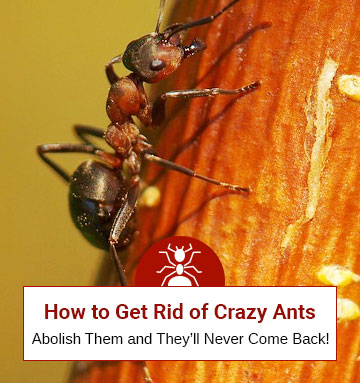 How to Get Rid of Crazy Ants? (A Simple Guide)

What is worse than an ant infestation? Any guess? It is a Crazy Ant Infestation! They are reckless and shrewd! They move radically on their own, especially when they sense danger. It becomes difficult to catch them one by one. The Guidelines in this Page: Who are these Crazy Ants? […] 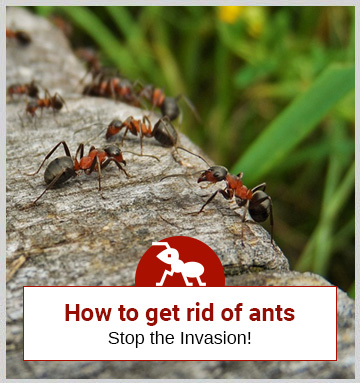 Do You Want to Get Rid of Ants? (A Complete Guide)

This is a common domestic phenomenon throughout the world and a typical problem, especially to a housewife who likes to keep her household neat, clean and ant-free. Ants are not troublesome during the autumn, fall or winter seasons. During this time they remain in their nests to avoid the cold. […] 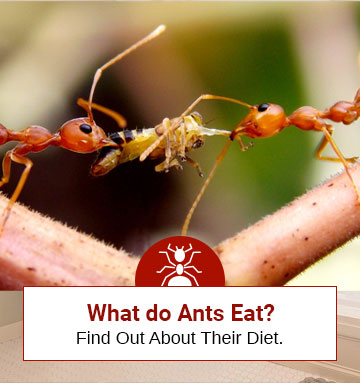 Find Out The Eating Habits of Ants

Ants eat anything and everything that comes on their ways and they also carry them back to their colonies. It may vary from a grain of sugar to a dead insect or even a dead ant. Ants that crawl inside your house look for scattered food particles, pet food, dead […] 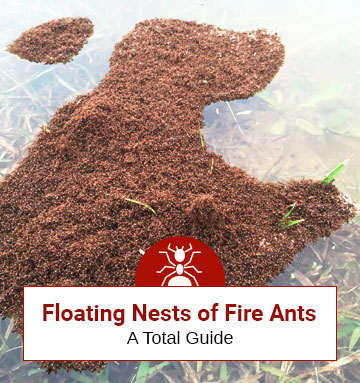 Floating Fire Ant Nests: Why Are They Dangerous?

The floating nests of fire ants have been seen for ages but no one took them seriously. But after the flood in Houston in 2017 people are really scared of them. The Guidelines in this Page: How Can Fire Ant Nests Float? Can the Floating Nests Harm you? How Can […] 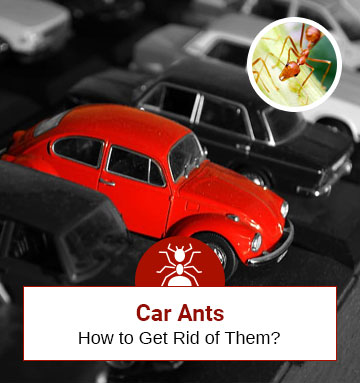