You need to take a much closer look to tell the differences. More importantly, there is a stark difference between the diets of both genders. The sound male mosquitoes make is also quite different from female ones. With a lot of information to go through, let’s not waste any more time.

How Do Male Mosquitoes Function? 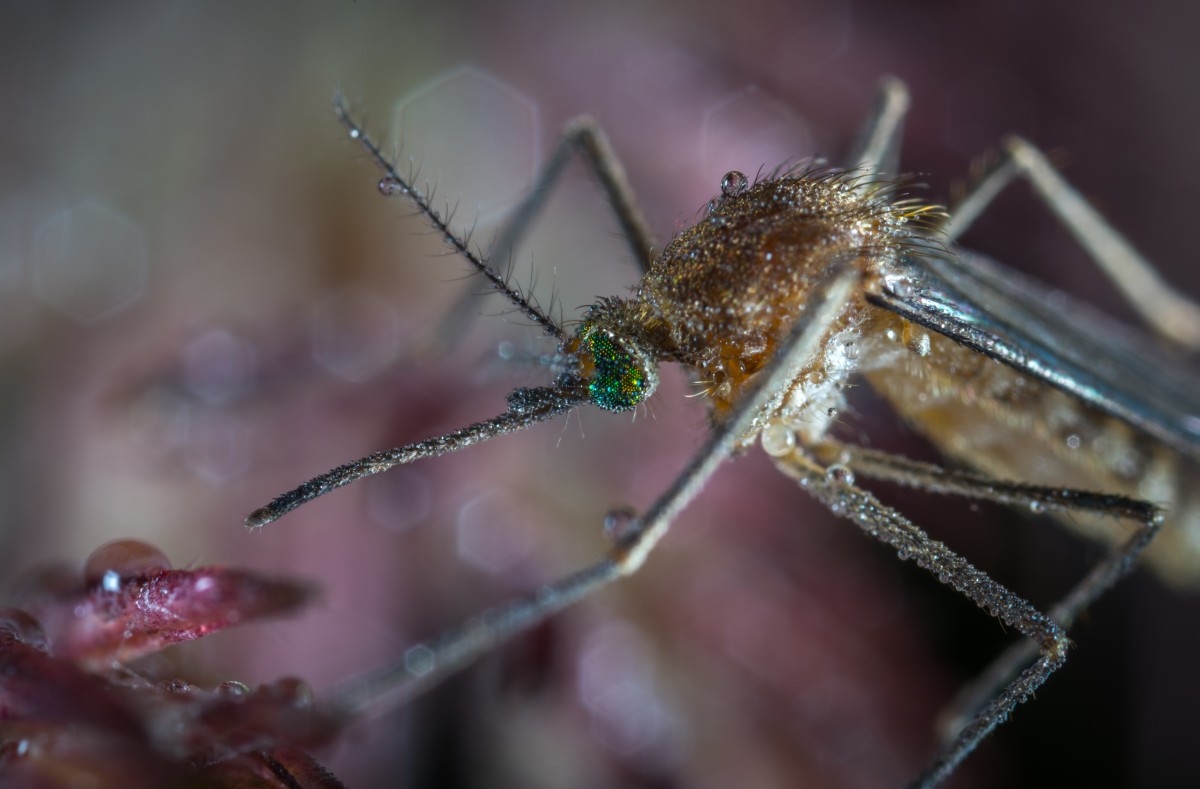 Male mosquitoes are nearly identical when it comes to shape, color, and size compared to their female counterparts. There are physiological differences but you would need to take a magnified look to see the differences. So, what are the characteristics of male mosquitoes? When you magnify into a male mosquito you will notice that they have long and slender feeding tubes that extend outwards.

How Long Do Male Mosquitoes Live?

Adult females are capable of laying 200 eggs at a time in stagnant water. It takes a day or two for the eggs to hatch. Once the eggs hatch, it takes a few more days for the larvae to mature and grow into what we commonly call “wigglers”. These “wigglers” require air to breathe while going through a four-stage growth process.

They are capable of hiding from predators by moving erratically in water to throw them off guard. The once the pupae stage is complete, the eggs fully mature into adult mosquitoes and start flying. The whole process takes between 7 to 10 days. Past the growth stage, full-grown mosquitoes are not capable of living too long. Even in ideal living conditions, they live for about a week at best and in some cases even less. This is the window that they have to find female mating partners to reproduce.

How Do Female Mosquitoes Function?

They are also free from any feathery or bushy characteristics seen in male counterparts. Female mosquitoes do not actively seek out mating partners as they know male mosquitoes will chase them down for the mating process.

How Long Do Female Mosquitoes Live?

They live for a month on average as long as they are in ideal living conditions. Each female mosquito is capable of delivering 200 or more eggs every few days which makes up for the short lifespan of these creatures. Most importantly, female mosquitoes need to mate just one to stay fertilized throughout their lifespan. 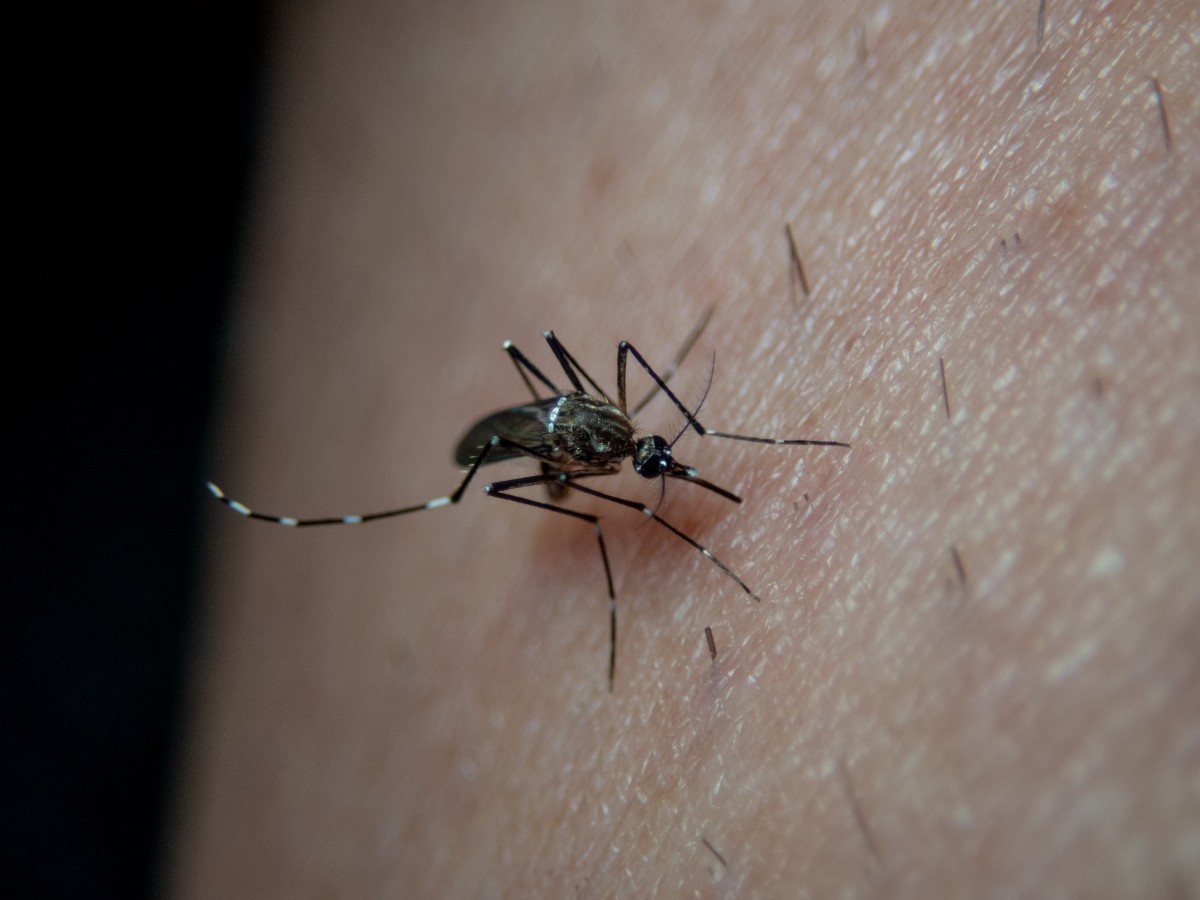 Female mosquitoes require blood to survive, unlike their male counterparts. They are the ones who draw blood using their proboscis similar to how male mosquitoes consume nectar from plants. They are reliant on sugary fluids for survival but to be able to produce eggs they need protein which is why they draw blood. Without getting access to blood, female mosquitoes cannot reproduce making us one of the easiest targets for them.

Humans are natural sources of heat and carbon dioxide; which mosquitoes are attracted to when looking for “hosts”. They fly to all warm-blooded mammals including humans to feed on their blood. A lot of us are annoyed by the buzzing sound that mosquitoes make. Did you know that they buzz around your ears simply because you emit carbon dioxide from your facial area?

Since you emit the most carbon dioxide from your mouth and nose, you become an instant mosquito target and they circle you around your head. Each time a female mosquito feeds on blood, it needs to rest. You will normally find them resting in tree branches or on the underside of leaves. Eggs are usually laid on stagnant water with plenty of bacteria.

The larvae feed on the bacteria and algae to grow into full-sized mosquitoes in a matter of days. The mother mosquitoes have no parental duties to perform as they head straight off to lay another batch of eggs. This cycle keeps on continuing until the end of a female mosquito’s lifespan. Depending on the living conditions and availability of blood, female mosquitoes can lay an average of 1000 eggs in a single lifetime across five instances of laying eggs.

Do Both Male and Female Mosquitoes Make Buzzing Noises?

Both male and female mosquitoes are known to make buzzing noises but there are subtle differences. All mosquitoes have one set of wings that are as long as their bodies. These wings flap rapidly which causes a disturbance in the air. The rapid movement of the air causes the sound whenever mosquitoes are near you.

Almost all mosquitoes make such noise to some varying degree. However, when mosquitoes are stationary, they do not cause any sound. Noise from the wings is produced only when they are flying. They also use the noise emitted from the wings to communicate with each other.

Males make use of the sound to track down females and mate with them. Males flap their wings up to 700 times per second while female mosquitoes do so about 550 times per second. If you measure the sound in Hertz, which is one of the measurements for the frequency of sound it comes to 575 Hz for males and 450 Hz for females.

Since both genders make use of sugary fluids to keep themselves nourished, you should try to keep your plants and flowers out of reach from mosquitoes to safeguard yourself. You should also prevent any water from stagnating in your house of surrounding areas as well. Eliminating all mosquitoes is never going to be a reality but all we can do is take preventive measures. Pesticides and other mosquito killing products can be of great help. 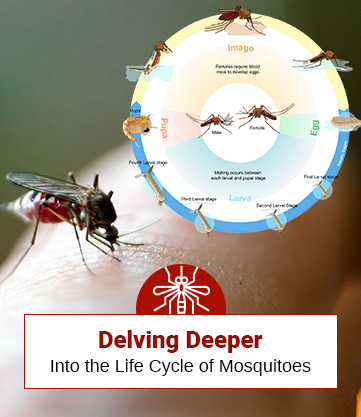 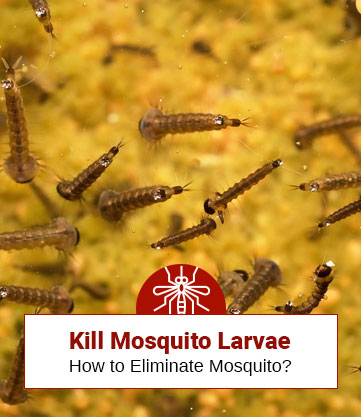 Are you wondering if mosquitoes are attracted to light? That’s great, you have come to the right place. It is definitely not fun waking up in the middle of the night due to mosquitoes constantly trying to suck your blood making you uncomfortable. From the noise, they make near your […] 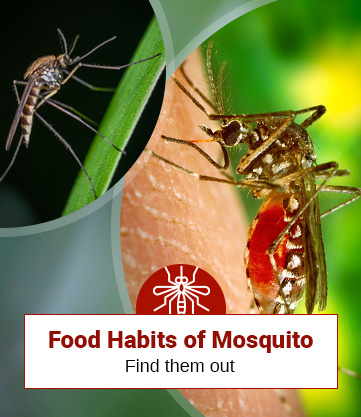 “It is astonishing how much worse one mosquito can be than a swarm. A swarm can be prepared against, but one mosquito takes on a personality—a hatefulness, a sinister quality of the struggle to the death.” ― F. Scott Fitzgerald If you’re wondering what mosquitoes eat, then there isn’t only […]